The Silence of the Lambs | Epic Theatres

The Silence of the LambsR 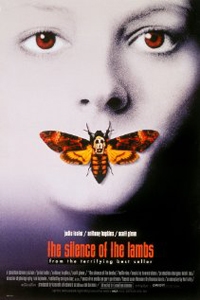 A psychopath nicknamed Buffalo Bill is murdering women across the Midwest. Believing it takes one to know one, the FBI sends Agent Clarice Starling to interview a demented prisoner who may provide clues to the killer's actions.

That prisoner is psychiatrist Dr. Hannibal Lecter, a brilliant, diabolical cannibal who agrees to help Starling only if she'll feed his morbid curiosity with details of her own complicated life. As their relationship develops, Starling is forced to confront not only her own hidden demons, but also an evil so powerful that she may not have the courage - or strength - to stop it!