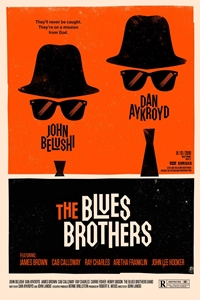 Jake and Elwood Blues endeavor to raise $5,000 for their childhood parrish by putting their old band back together uand taking their show on the road. While touring, they manage to wreak havoc on the entire city of Chicago and much of the midwest.