The United States of Insanity 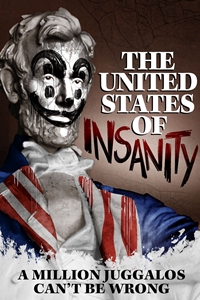 The United States of Insanity features "The World's Most Hated Band," notorious rappers Insane Clown Posse, find themselves as unwitting warriors for the First Amendment after they take on the FBI following the classification of all one million of their fans as gang members. With the help of the ACLU, who filed a federal lawsuit against the FBI, the band fights to uncover the reasons behind the designation and get removed from the gang list as their fans begin losing their jobs, have their children put into protective custody, and face jail time - all because of their musical tastes.