Woman in Motion: Nichelle Nichols, Star Trek and the Remaking of NASA 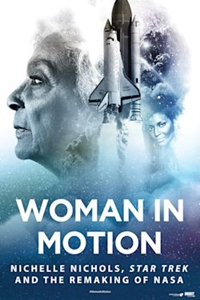 In 1977, with just four months left, NASA was struggling to recruit scientists, engineers and astronauts for their new Space Shuttle Program. That is when Nichelle Nichols, Star Trek's Lt. Uhura, challenged them by asking the question, "Where are my people?" With NASA's backing, she embarked on a national PR blitz, recruiting 8,000 of the nation's best and brightest, including the trailblazing astronauts who became the first African American, Asian and Latino men and women to fly in space. This is her-and their-story.