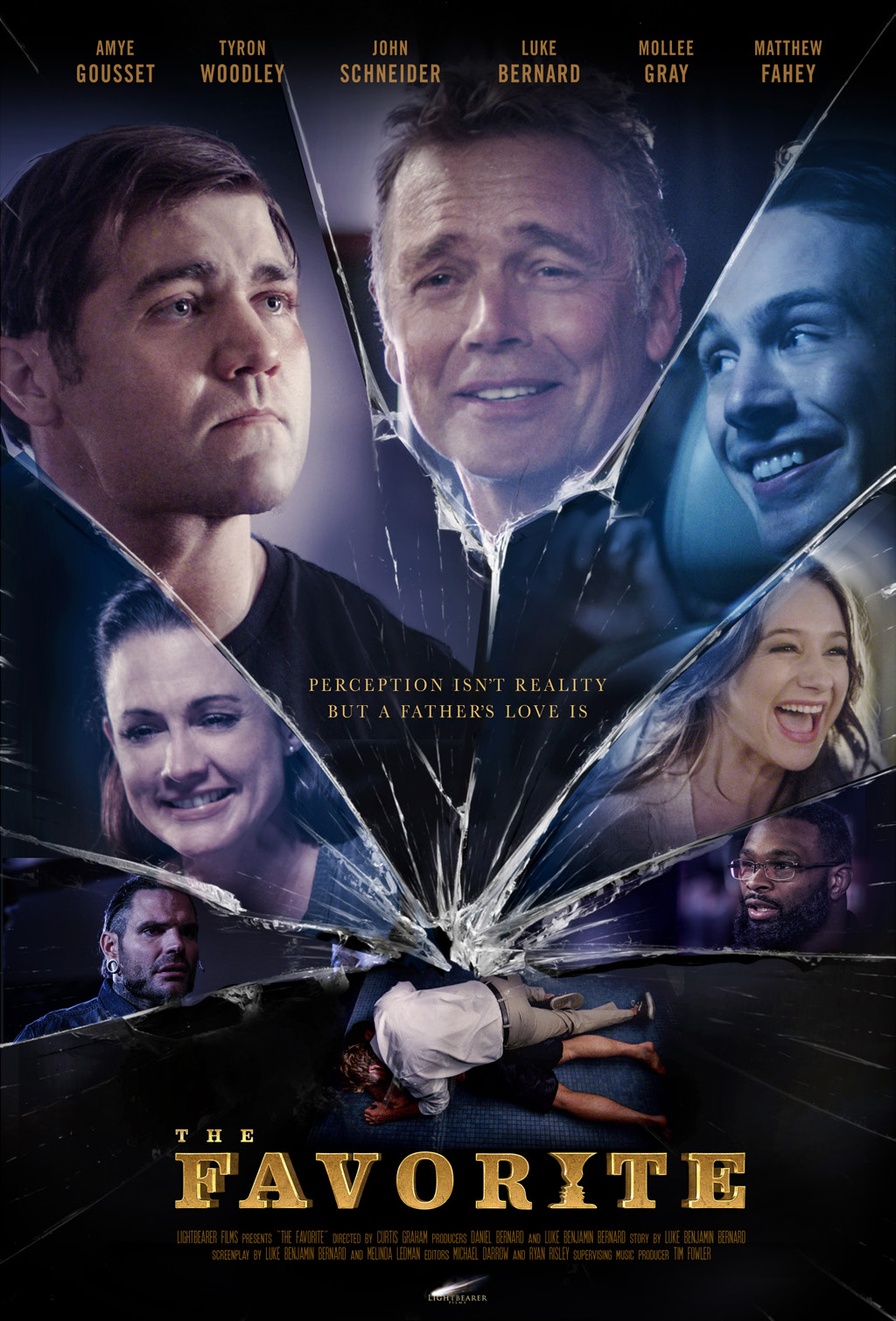 Benjamin Bernard has lived his life in the shadow of his brother, Luke. Torn between jealousy and loyalty, Benjamin takes out his aggression as a mixed martial arts (MMA) fighter. After an event nearly shatters the life of his brother, Benjamin must face his overwhelming feelings of anger and resentment as he discovers the truth about his family. As one brother fights for his life, the other must fight for reconciliation and redemption inside and outside the cage. This family film explores love, forgiveness, loss, healed relationship and, ultimately, the realization that we are all God's Favorite.